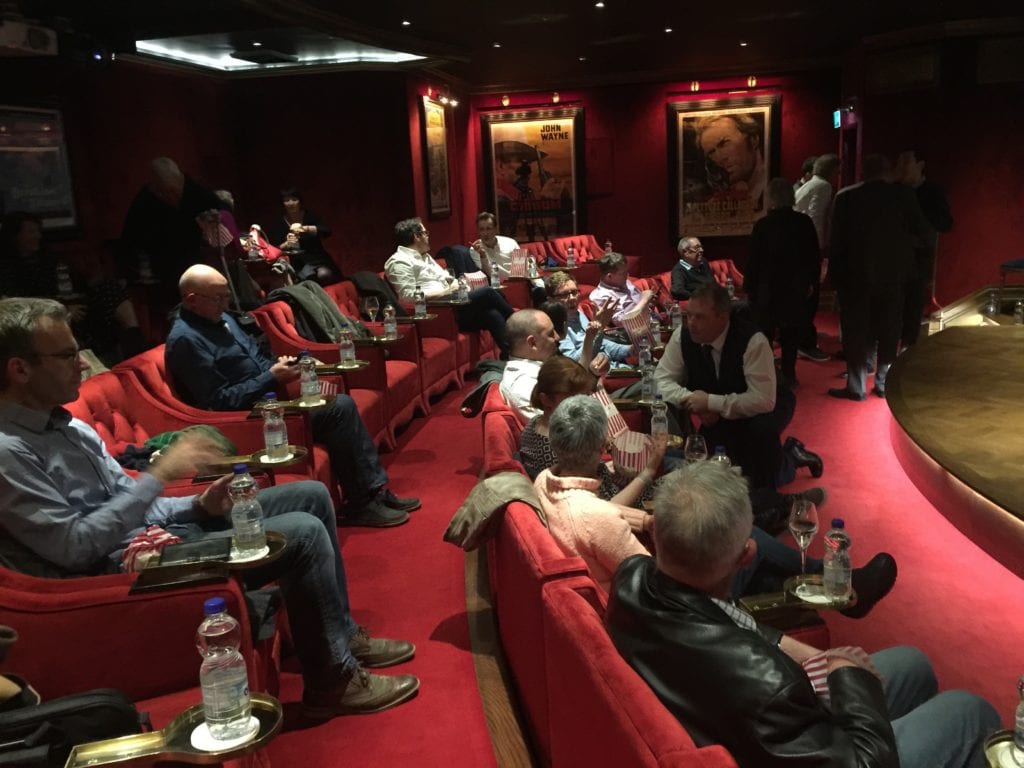 Night of Ideas in Ashford Castle

The fact that there is only 32 seats in the private cinema in Ashford Castle is the biggest weaknesses and strengths of the beginning event of CongRegation.  The luxurious surroundings and the ‘pulmanesque’ seating allows for a level of intimacy that connects speakers and attendees closely but the night is always oversubscribed.

This year five speakers shared their unique stories of ideas in an evening which started with a prosecco reception in Ashford Castle’s Connaught Room.

Daphne McKinsey stared the evening with a presentation exploring fear and its impact on ideas noting that sometimes we need to completely step away from an idea before we can reassess and implement it.  Generating something new challenges us and Daphne’s story behind the Sean Edwards Foundation deeply resonated with all.  Daphne lost her son Sean in a tragic motor accident which inspired her to create a foundation that would improve driver safety in the motor racing sector.  Daphne also shared the plans for a new communications and collaboration platform that could revolutionise driver to spectator the safety with enhanced first responder and incident data. 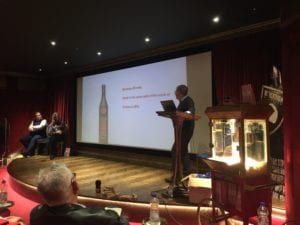 Peppered with a lifetime of tips and stories of products he developed David Gluckman shared insights on what inspired new gins, vodkas and wines.  Contrary to a systems led world he suggested that ‘sometimes it helps to take something right to the wire.  The cold sweat of panic can concentrate the mind wonderfully.”  The search for ideas is a 168 hour a week undertaking he also noted.  “Wherever you look, you can find something. Just keep looking” said David describing how he has found inspiration from ordinary things like a crossword puzzle. He also told attendees to look at the information you already have rather than continually looking for new data. David also revealed that for him the process of ideation it was “never a team game’.   Acknowledging the role of buyers of ideas he advocated the need to learn how to buy as well as sell ideas.   David finished up with a final piece of advice for all to implement the morning after test on ideas – what seems like an inspired concept might not seem like such a good idea the next day. 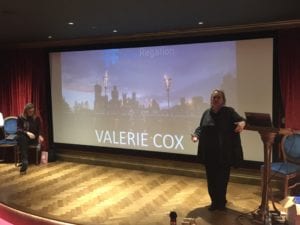 Speaking without slides but based on a lifetime of stories from working in the media Valerie Cox shared how headline grabbing stories come about.  By pulling bags of rubbish out of ditches around the country, searching for clue of ownership she tracked down dumpers to interview them for ‘Ditch Watch’.  Over 5 years this caught nationwide appeal and radically changed behaviour.  Aligned to this she also narrated uncovering a series of illegal dumps based upon following up on rumours that led to high court actions.  She also spoke about gate crashing wedding for scoops to following numerous lines of query to gather enough information to make a story worth while.  Valerie also shared how the media worked to extremely tight deadlines that forces journalist to rapidly work contacts, gather information, turn them into a coherent narrative and make them readable.  The life of a journalist is not for everyone with its multiple rejections and sometime dangerous reactions.  One of Valerie’s final stories was on revealing the practices of Irish psychics that prayed upon people vulnerabilities after weeks of recording interviews. 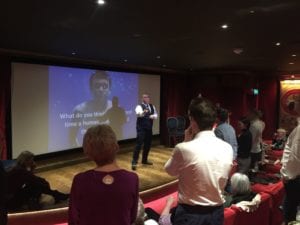 Lee Tunney Ware in his presentation on ‘New Mindsets = New results’ used a series of audience participations that had everyone on their feet to demonstrate the connection between know and believing. ‘We do not see things as they are, we see them as we are’ he said acknowledging the role of belief over perception.  He brought the exercise home to attendees by asking them to see how many ‘F’s they saw in a sentence.  Most missed a couple of them demonstrating that the mind does not always see everything.  Lee maintains that beliefs are the barrier to truth and are only summary commands.  He finished up telling the audience that ‘your limits only exist in the mindset that created them’ and encouraged everyone to take a new and open view on what they could achieve. 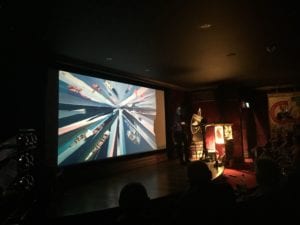 The evening finished with Joan Mulvihill narrating her new journey as an artist. Joan was better know to the attendees as the CEO of the Irish Internet Association and more recently as centre director of IC4.  With only 24 hours to prepare for the presentation she also discussed the role of ‘fear’ and ‘acceptance’ of exposing new ideas.  Illustrating the progression of her paint from photo realistic to more emotion fueled impression she articulated the movement from ‘Someone who can but someone who doesn’t…..’ to  ‘Someone who can and someone who does…’  She also questioned who decides if someone is or isn’t something.  When is someone a Musician, author, Poet, Comedian, an Entrepreneur or in her situation an Artist?

Is it defined by the ‘effort’ or the ‘output’?  The reaction by the attendees to her work answered some of this but people willing to buy her work was perhaps a better indicator.

She also spoke about embracing how some people will hate her work and the honest feedback this provides.  She finished by talking about the difficultly of giving something away that she has created, although financial payment helps. 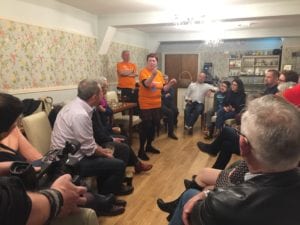 Following the evening in Ashford Castle the group retired to Danagher pub where Mags Almond, Richard Millwood, Chris Reina and Stephen Howell brought the group through making simple electrical circuits and explaining the role and function of diodes, conductors, semi-conductors.  By using the now infamous fluffy chicken Pieu Pieu showed how our bodies can act as conductors followed by hands on making of glowies.  In the course of 20 minutes the impact on sparking curiosity, understanding and questioning was clear to the attendees and even clear how this can be transformation for children.  Deep electronics concepts through fun and experience.