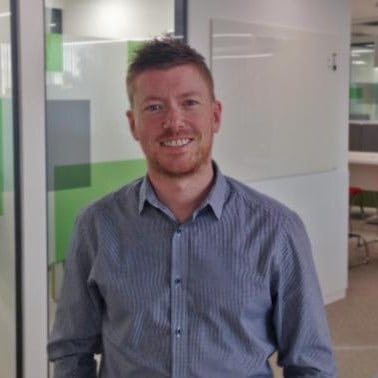 When you invest all of yourself in your idea or your business, over time it becomes who you are. So what happens to you the person behind the business when it doesn’t quite work out the way you planned? They say most entrepreneurs have to fail a few times before they succeed. We need to be innovative about how we support them when they fall to the ground and not just when they are taking off.

Alan Dowling is VP of Learning Development & Communication in Northern Trust Bank and also  Co-Founder of inc60.com the website and app that offers learning podcasts for Irish Business. In 2013 Alan created the worlds first virtual intelligent holographic assistant with his startup VBC. Alan has a background in visual communication and has helped many startups and large organisations sell and raise significant investment by making the complex compelling.

Ask someone what they do for a living and they will tell you I’m a nurse, a retail assistant, a salesperson or a marketer. Ask someone who has their own business or trying to start a business and they will say I’m an entrepreneur or I work for myself.

The reason is in most cases they have to be able to do everything and anything and can’t really define the one thing that they do. In actual fact, they may represent 50% of their entire company workforce.

So, what happens when you cannot define what it is you do? Your idea or your business can very easily become who you are. Socially you spend time with other entrepreneurs because they talk shop as much as you do. It becomes your face, your first thought when you wake up and last thought before you go to sleep. Sometimes excitement and ideas, sometimes fear and dread.

So here’s a thought. What happens when after a long period of time your idea dies or your business closes. What happens to you? Do you even know who “you” are anymore and how can you decide what next? If you setup a company rather than a sole trader, you do so to create a separate legal entity from yourself. Ironically though how much of yourself is the company? Detaching yourself not just legally but mentally from the business. Figuring out what it is that you do is the only way to go again in a meaningful way.

If “going again” is taking or looking for a salaried job with a specific role, how do you now explain this to your entrepreneur friends without making it sound like you have moved to the dark side. Oh, the shame in having to admit that you have opted to go from 80 hours per week to 40, or where you have spent the family shopping budget in order to make that last ditch meeting in London which could make or break you and your family. Imagine being happy instead of annoyed to be reminded that next Monday is a bank holiday.

Starting or running a business is like a war without a ceasefire and I have seen so many great veterans fall. I’ve watched them struggle with the “going again” part but being deeply ashamed to admit that they are struggling inside. Startup culture in Ireland is growing and that’s great. Culturally though I think we need to try and manage expectations. Yes the Collison brothers are from Limerick, yes they are worth a staggering 2.2 billion but they are an exception to the norm and don’t forget, they first went to Massachusetts IT before Silicon Valley’s elite backed them. They also did not have families and children to support adding to their scales of risk.

Celebrating raising money or focussing on that rather than trading is something that appears to be creeping in. Think about it. On one hand, you have Joe the plumber who employs 5 people and is trading away with a positive cash balance. On the other, you have Aine who has just raised 1.2 million to develop a piece of software for the insurance industry. Who do you think has the bigger or more successful business?

I say fair play to both because we need one to trade and one to try but let’s not value one more than the other.

I would say as a country we have a huge opportunity for innovation. It’s not IOT or Blockchain, it’s about how we support startups, traders, and big ideas, but more importantly the person. It’s not always just about money. I don’t want to see the next big trend on the horizon being a big mental health one. People have to know there is more that defines them than just their business!